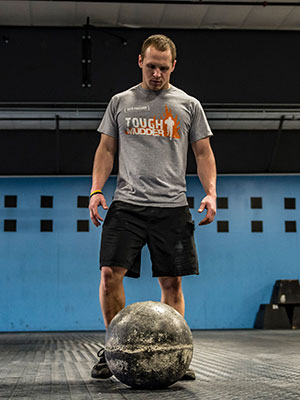 Ty has loved being active since he was a little kid. He would always be running around outside, jumping off of anything he could manage; climbing trees and walking on his hands. Throughout grade school, he never seriously played or pursued any sport. Instead, he was a band geek! Fourth grade through high school graduation, he was an active snare drummer in the drum line. Music was and still is one of his passions. However, Ty never lost his love for physical activities, but his experience with them was limited to playing games outside with friends and acting like an idiot (his mother would say). He never did any traditional weight lifting and was never a member of any globo gym. He tried a few home workout DVDs but still yearned for something more.

Ty was exposed to CrossFit through a friend of a friend. Once he tried it, he new this was what he has been looking for and he was finally able to give his passion for human movement a name. His first workout was in September 2010 and he has been doing it ever since. In July 2011, he received his CrossFit Level 1 Trainer certification. Ty’s favorite quality about CrossFit is the community. He loves the people that participate and enjoys when new members come in. If there is one thing that Ty would say to someone who was unsure about CrossFit, it would be that “Anybody can do it!”